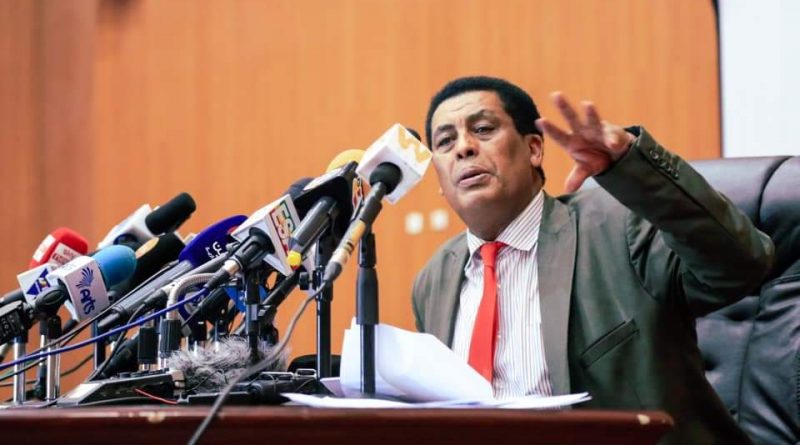 The #Spokesperson of the The Ministry of Foreign Affairs of Ethiopia, H.E. Ambassador Dina Mufti, has presented the Ministry’s biweekly press briefing today focusing on major diplomatic activities, the latest developments in Tigray, the #Ethio-#Sudan border issue, including major activities related to Economic Diplomacy, citizen-centered diplomacy and activities in capacity building. Here is summary of the press briefing:

H.E. Demeke Mekonnen, Deputy Prime Minister and Minister for Foreign Affairs of Ethiopia met UK Secretary of State for Foreign, Commonwealth, and Development Affairs, H.E. Dominic Raab on January 22 at his office and had discussions on a wide range of issues. Mr.Demeke’s briefing focused on the ongoing humanitarian assistance and reconstruction efforts in Tigray and Ethiopia’s commitment to continue to address the effects of climate change. The Secretary of State expressed the commitment of the UK government to continue to support Ethiopia’s development efforts, including girls’ education. [During his stay in Ethiopia, Mr. Dominic Raab, signed agreements, visited a school in Addis Ababa, and Gondar (to observe UK’s support related to humanitarian assistance), met with H.E. President Sahle-Work and H.E. Prime Minister Abiy Ahmed].

H.E. Demeke Mekonnen had a telephone conversation on Wednesday with US Assistant Secretary of State for African Affairs, Mr.Tibor Nagy. Their conversation covered, A briefing by Mr.Demeke on the successful rule of law operation in Tigray, the ongoing humanitarian efforts, including the rehabilitation of the infrastructure destroyed by the TPLF junta in the region, the government’s efforts to stabilize Tigray, the situation and treatment of Eritrean refugees, the atrocities committed in Maikadra and other areas, and the efforts to apprehend criminals. Mr.Tibor Nagy, on his part, lauded Ethiopia’s efforts to overcome the situation in the Northern part of the country. He underscored that the United States government applauds Ethiopia’s success as its own achievement.

H.E. Demeke Mekonnen, Deputy Prime Minister and Minister for Foreign Affairs of Ethiopia received at his office today (January 25), the departing ambassador of the state of Israel to Ethiopia, H.E. Raphael Morav. The two sides noted the strong cooperation between the two countries in health, agriculture, capacity building, and technology transfer. Their discussion also included the efforts made by the Ethiopian government to address the needs for humanitarian assistance in Tigray. They also noted that the recent border dispute with Sudan and the ongoing negotiations over the GERD should get peaceful resolutions.

H.E. TayeAtske Selassie, Ambassador and Permanent Representative of Ethiopia to the United Nations met on January 23 with UN SRSG on Sexual Violence in Conflict, Ms.Pramila Patten and briefed her on the situation in Tigray. He underscored Ethiopia’s ZERO tolerance policy on sexual violence and emphasized the need for further engagement on the alleged violations made by her office.

• Humanitarian organizations, such as the UNHCR, have been given access to Adi Harush and Mai Aini camps of Eritrean refugees
• The government, through its agencies and in collaboration with humanitarian agencies, has continued providing food and non-food items to people in Tigray
• Reports that claim that 4.5. Million people in Tigray in need of humanitarian assistance are unsubstantiated
• The authority on this matter, the National Disaster Risk Management Commission said 2.5 million people require humanitarian assistance and 1.8. million of them are registered aid recipients way (under various schemes) before the commencement of the law enforcement operation
• the National Disaster Risk Management Commission has continued to distributing all the necessary supplies, food, non-food items and pharmaceuticals to the needy, although infrastructure destroyed by the TPLF clique made the distribution difficult
• As Ethio Telecom has announced, preparations are underway to fully restore telecom services in all parts of Tigray
• The government has allocated all its time, energy and resources to rebuild infrastructures that are irreparably damaged by the TPLF group
• Allegations regarding sexual violence in Tigray will be investigated. But the allegation do not commensurate to Ethiopia’s zero tolerance to sexual violence and the ethical track record of the Ethiopian defence forces serving in various UN peacekeeping missions. We do not have to rule out the possibility that the alleged violence might be committed by opportunistic criminal groups, including thousands of prisoners that the TPLF clique had deliberately released from prisons in Tigray.

• the leaders of the Sudan are beating war drums and have continued to looting and displacing Ethiopian farmers
• Ethiopia still believes that the issue can be solved amicably through negotiation
• But before the commencement of any negotiation, we demand the Sudanese army to evacuate the area that it has occupied currently by displacing Ethiopian farmers as of November 6 2020, and respect its agreement to keep the status quo

• State Minister for Economic Diplomacy and Diaspora Affairs in collaboration with Ethiopian Leather Industries Association, held an online discussion to promote ‘Ethiopian High Land Leather’ to the African market with the support of the Japan International Cooperation Agency project to promote high-quality Ethiopian products in potential market areas. Our missions in Kampala, Pretoria, Abuja, Accra, & Rabat participated in the meeting. Based on market demand assessments, State Minister H.E. TsionTeklu said, two Ethiopian missions in African countries will be selected in the current fiscal year to create market linkages through trade fairs and other activities through the JICA project.
• H.E. Fitsum Arega Ambassador of Ethiopia to the USA, had an engaging roundtable discussion with about 40 U.S. Business representatives, hosted by the U.S. Business Council for International Understanding (BCIU). He briefed the participants on the investment opportunities available in Ethiopia for U.S. businesses & the enabling environment for the private sector by the ongoing economic reform programs. He highlighted the priority areas of Ethiopia’s 10 Year National Perspective Plan recently adopted by the Council of Ministers.
• H.E. Ambassador Hirut Zemene, Ambassador of Ethiopia to Belgium, Luxembourg, and EU institutions, discussed the pharmaceutical sector investment opportunities in Ethiopia with a group led by Mr. Mohsen Ramez, Managing Director of Pharmaceutical Companies of Johnson & Johnson. The embassy briefed the company on the wide-ranging opportunities that exist in the pharmaceutical sector in Ethiopia.
• Ethiopian Embassy in Algeria hosted Ethiopian Pharmaceutical Investment Promotion Event, attended by 44 participants. The event showcased Ethiopia’s potential to Algerian companies. Potential Cooperation framework was discussed between regulatory agencies of the two countries.
• Ethiopia is participating in the 38th Khartoum International Trade Exhibition that kicked off on Thursday (January 21). Ethiopian companies engaged in Small and Medium-scale Industries such as textile and garment, leather products, traditional food and agro-processing, construction materials production are promoting their products to visitors. The Exhibition enables, the Embassy in Khartoum to promote Ethiopian trade, investment, and tourism opportunities as well as to conduct its campaign themed under Rising Ethiopia.

• State Minister H.E. Ambassador BirtukanAyano announced that Ethiopians and people of Ethiopian descent who are living abroad have contributed 27 million birr so far in supporting the ‘Gebeta le Hager’ Project. The State Minister also appreciated and hoped for the continuance of the remarkable financial and other contributions to the construction of the GERD, the fight against the COVID19 pandemic, and humanitarian assistance to affected people for various reasons.
• The positive Campaign on Ethiopia under the theme Rising Ethiopia has started its second phase successfully ending the first phase that aimed at promoting Ethiopia’s potential in tourism. The second phase will be held under the theme, “Diaspora Business week” from 25th-31st January. It aims to promote Ethiopian Diaspora Business using social media platforms.
• We have repatriated 281 citizens from the kingdom of Saudi Arabia.

The Ethiopian Foreign Service Training Institute, via State Minister H.E. Ambassador Birtukan Ayano and H.E. Ambassador Arega Hailu Teffera presented its 6 months performance to the House of People’s Representatives (HPR) Standing Committee for Peace and Foreign Relations. The institute provided 12 diplomatic training to over 800 staff of the Ministry covering a range of topics. 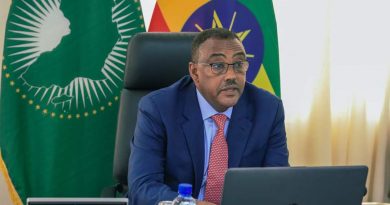 USA to make pronouncements on Ethiopia’s internal affairs is regrettable 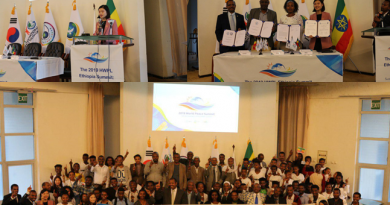